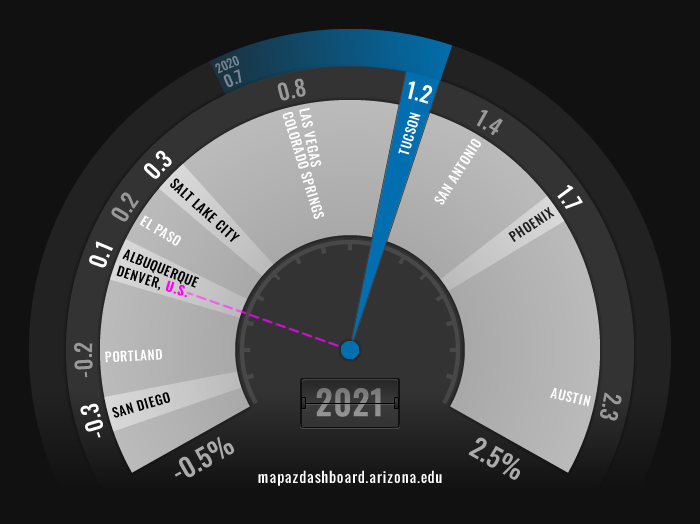 The population in the Tucson Metropolitan Statistical Area (MSA) increased by 1.2% in 2021, bringing the total population to 1,058,318 residents. This growth rate ranked Tucson fourth out of 12 western MSAs. The Austin MSA posted the fastest growth rate at 2.3%, while San Diego’s population decreased by 0.3%. Tucson’s population growth has steadily increased since 2010.

Population growth is an important measure of community growth, reflecting both net migration and natural increase (births minus deaths). Higher population growth rates can be due to increases in employment, the quality of local services, schools, and leisure opportunities. Additionally, new growth leads to increased demand for housing, goods, services, and infrastructure; which can spur regional economic development. A carefully monitored statistic, population levels and growth rates are the basis for a myriad of public decisions related to infrastructure and community planning. For example, federal apportionments for highways are largely based on metropolitan population levels and expected growth within urbanized areas.