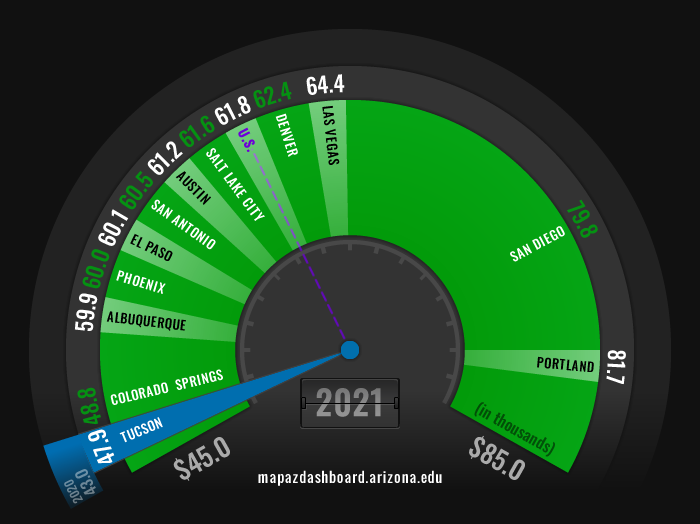 Research has shown that providing competitive wages for teachers has a significant effect on the decision to choose teaching as an occupation and remain in the field. Others have noted that insufficient compensation for teachers, in relation to other occupations, affects turnover and student success. Providing teachers with opportunities for advancement means that they are more likely to remain at the schools they were trained in, resulting in better learning outcomes for students, and return on investment for districts. Low wages, among other factors, lead the most qualified teachers to seek better opportunities, often located in wealthy suburbs. The resultant teacher sorting leaves low-income urban districts with the least qualified and experienced educators. Children of families who lack geographic mobility are consequently affected the most.

In 2021, the median wage for teaching occupations in the Tucson MSA was $47,350. This level, which includes all teaching and related professionals, was higher than the median wage for all occupations in Tucson ($38,050). Secondary and elementary school teachers were paid the highest, followed by middle school teachers. In Tucson, teacher wages are relatively low when compared to other professions that require at least a bachelor’s degree. 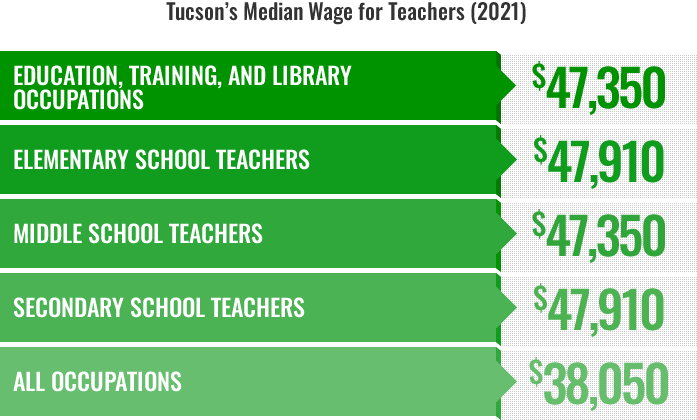 There is substantial variation in wages for secondary school teachers across the 12 metropolitan areas. Part of the variation may be driven by differences in the relative cost of living.  Thus, adjusting for these cost of living differences may give us a different picture. 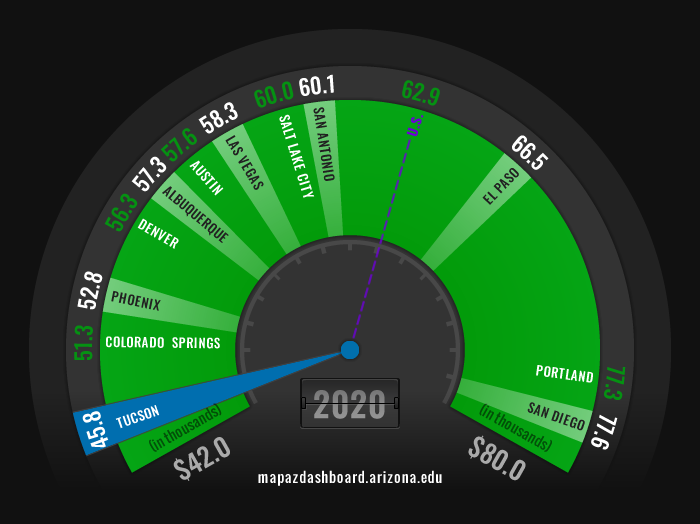 Note from the fuel gauge below that secondary school teachers in Tucson ranked second-to-last among the 12 metropolitan areas on this metric. 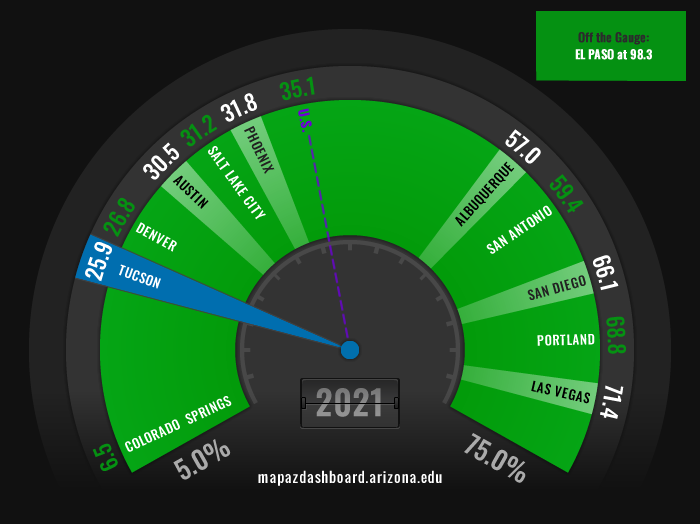 Teacher wage data are from the Bureau of Labor Statistics (BLS) Occupational Employment Statistics (OES). OES data are derived from a semiannual survey of establishments in the U.S., which examines full and part-time workers in all nonfarm industries. Wage estimates are based on a series of six panels of survey data collected over a three-year cycle. Wages include base pay, allowances, incentive pay, commissions, bonuses, and tips; it excludes back pay, overtime, severance, employer costs for benefits, and tuition reimbursements.