Median Wage for All Occupations (2020) 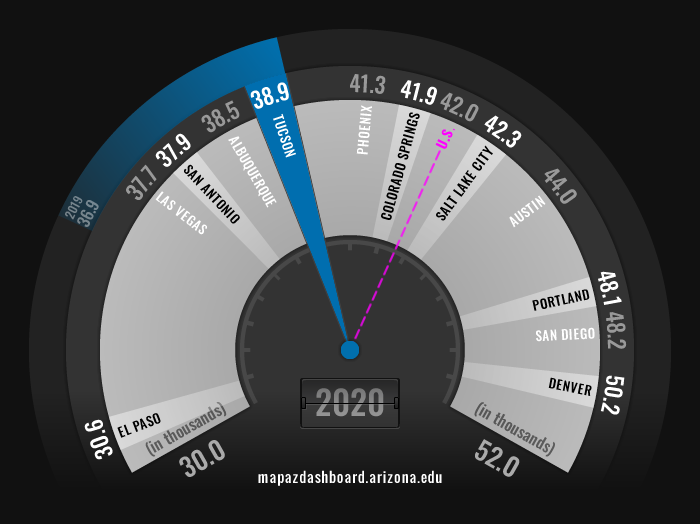 Occupational wages tell workers which occupations provide the largest payoff, which can influence employee residential location decisions, as well as educational choices. Wages also provide firms with important (although incomplete) information regarding labor costs. This can influence firm location choices, as well as decisions regarding workflow and organization.

Since 2001, the median wage in the Tucson MSA has increased at an average annual rate of 2.5% per year, which was slightly faster than the national growth rate of 2.3% per year. However, since 2009 (the end of the last recession) Tucson’s median wage has risen slowly, at just 1.9% per year. That rate is well below the state of Arizona and the nation at approximately 2.1% per year.

Occupational wages are measured before taxes and do not include fringe benefits. The U.S. Bureau of Labor Statistics collects survey data on wages by occupation and industry and reports this data annually as Occupational Employment Statistics (OES). The OES data include detailed employment and wage estimates for over 800 occupations and industries. The median wage identifies the midpoint of the wage distribution, with half of the workers earning wages above the median and half earning wages below the median.