The industry most represented among women-owned businesses was health care and social assistance, which had the largest percentage of female-owned businesses for the U.S., Arizona, and the Tucson MSA. The top five industries for female-owned businesses are the same for the U.S., Arizona, and Tucson with only the rankings changing somewhat between them (Figure 4). They are health care and social assistance, educational services, retail trade, other services, and administrative and support and waste management. 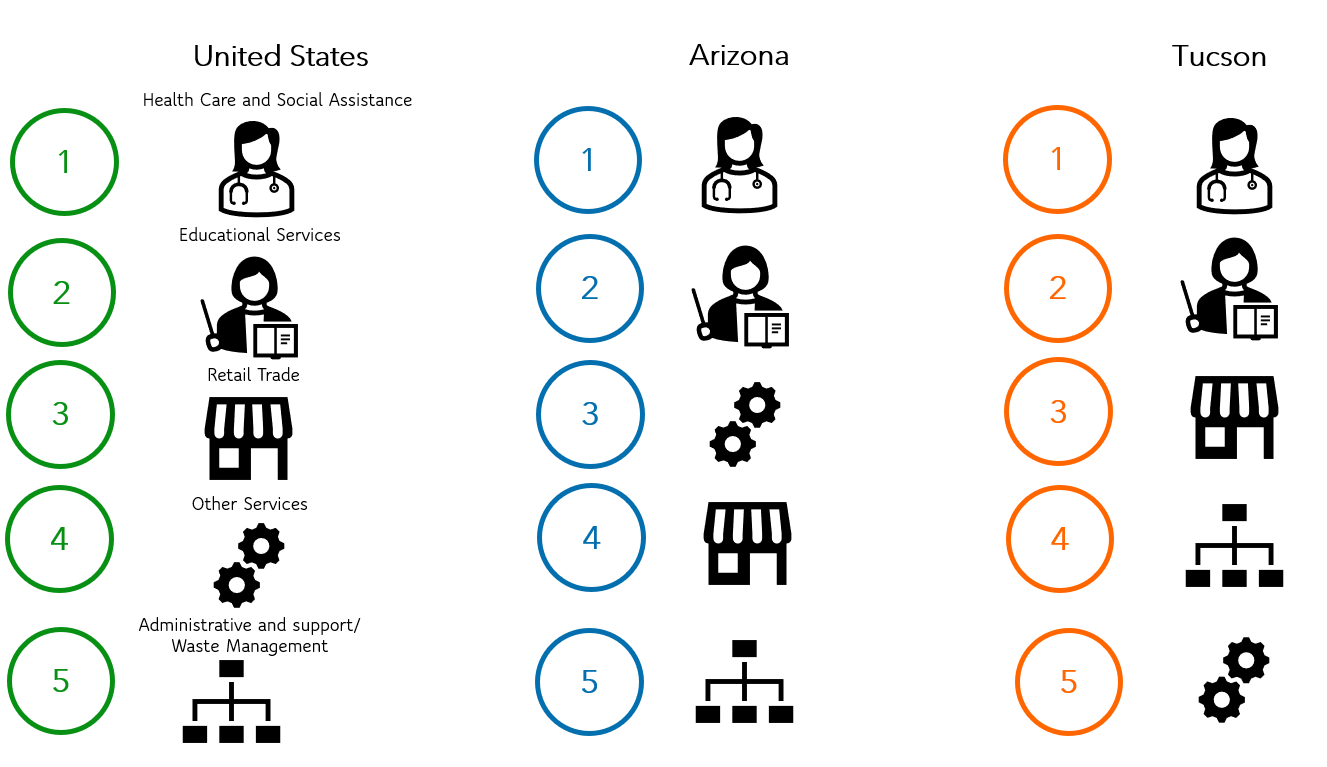 The least likely sectors to be owned by women were utilities and mining. Both were either at the bottom of the list or suppressed for all metropolitan areas represented.

Figure 6: Sales, value of shipments, or revenue per nonemployer firm ($)