Farm-To-School Programs in Southern Arizona: A Case Study on the Economics of Local Foods

As the prevalence of farm-to-school programs increases and interest grows in promoting local foods, there is a need for improved information to fully understand the potential scope and scale of impacts and economic tradeoffs associated with increases in local foods activity, and to understand barriers to its future growth. As public funding goes towards programs to promote local foods with an eye towards economic development outcomes, we propose some key questions for program leaders and policy makers. The lessons learned from examining farm-to-school activities in Southern Arizona apply generally to local foods efforts in the region and can inform program planning and assessment to ensure that economic development goals tied to local foods efforts are producing their desired impacts in the community.

What did the study find?

Definitions of ‘local foods’ vary among respondents, though most respondents consider foods produced within Arizona as local.

The most commonly purchased local foods by farm-to-school programs in the 2013-2014 school year were milk, vegetables, and fruit. 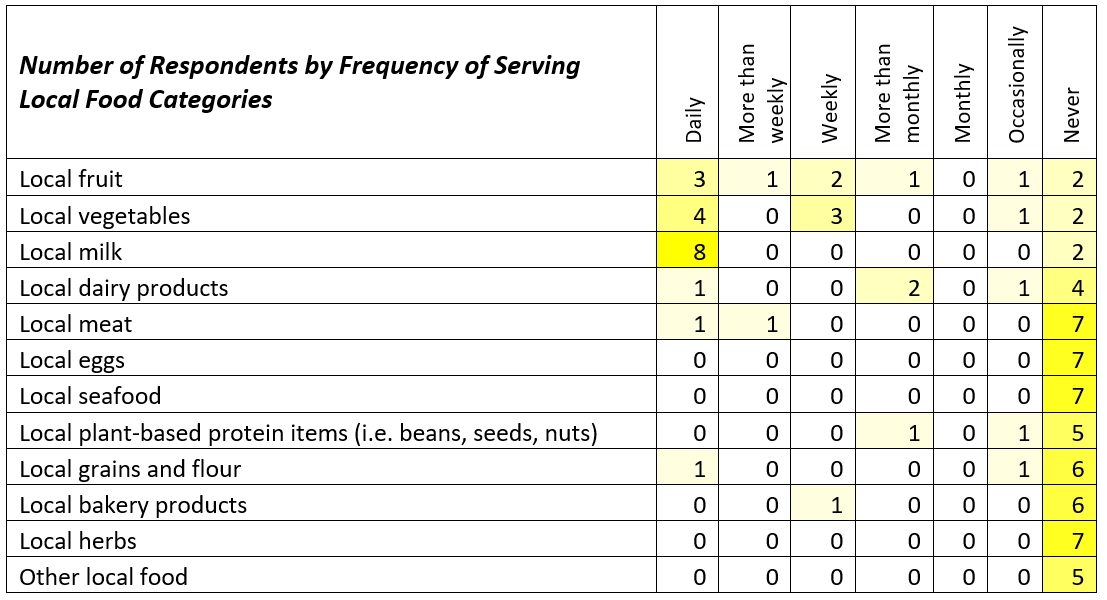 Schools and school districts in Southern Arizona most often rely on distributors for purchasing local foods, though some do purchase directly from agricultural producers.

Local food promotion such as farm-to-school programs can have positive economic impacts to Southern Arizona’s economy; however, certain conditions must be met for those to occur.

Some school and school district food purchases are likely to be ‘local’ regardless of farm-to-school programs.

How was the study done?

This analysis uses data from the 2015 USDA Farm to School Census for four Southern Arizona counties: Pima, Cochise, Santa Cruz, and Yuma counties. The analysis uses recommendations from the USDA Local Foods Toolkit, and primary data collection from local food system actors (Thilmany McFadden, et al, 2016). Economic impacts were estimated using the IMPLAN 3.1 input output model. The study examined the potential economic impacts of schools shifting food spending to local food options in place of non-local options. This analysis compared the impacts of an increase in vegetable production that was assumed to have no opportunity cost of spending and no natural resource constraints, an increase in vegetable production that accounted for the opportunity cost of school food spending, and an increase in vegetable production that accounted for both spending opportunity costs and natural resource constraints.